Are you interested in joining one of the world's oldest brotherhoods?  If you are interested in membership in the Freemasons this is a great place to start. If you are not familiar with the Freemasons please stay a few minutes and learn of this great fraternity. It is a fraternity with a serious purpose. By improving the individual we hope to improve our communities and thus the world. We are always available for more answers just click on contact from any page.

We would recommend you visit

www.beafreemason.org to learn more about freemasonry. 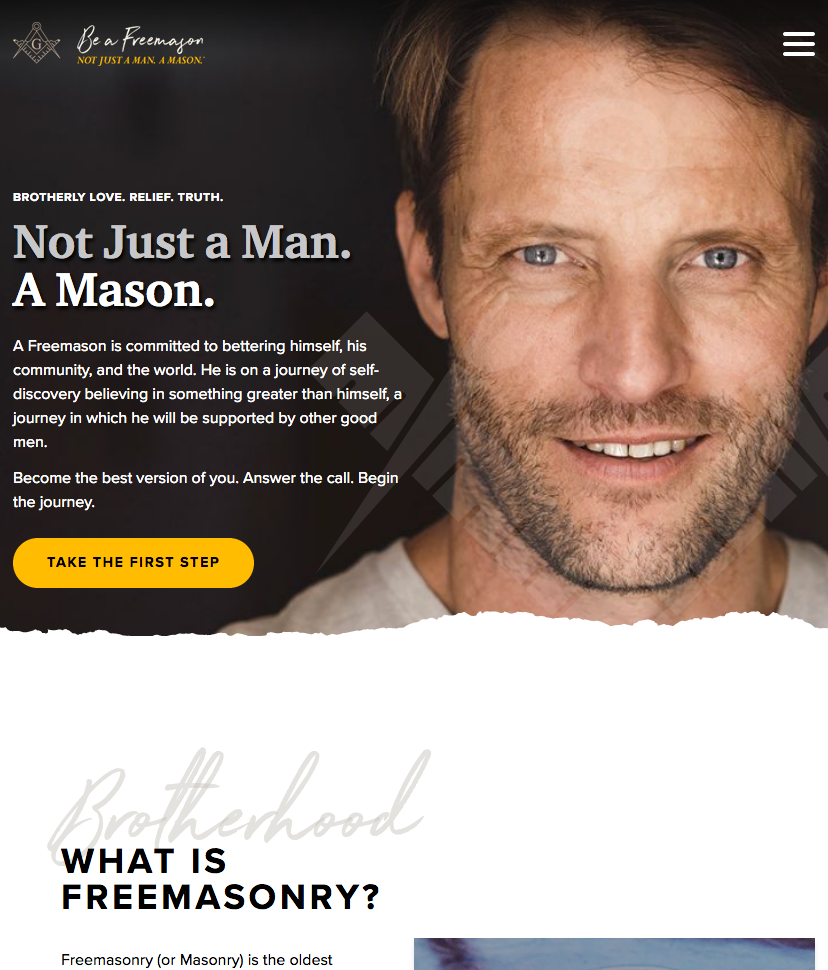 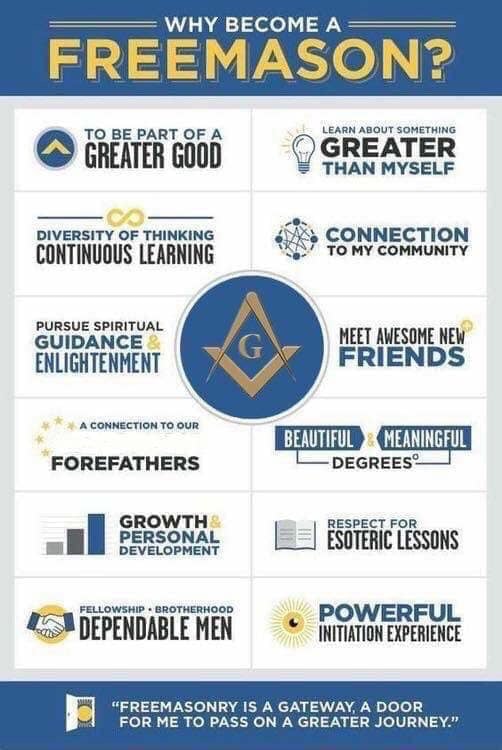 We are pleased you have chosen to inquire about membership. We offer these videos to explain a little more and help with any questions.

Click on the video above to view a great introduction to Freemasonry.

Freemasonry and The Fabric of America

An excellent video produced by Humphrey Scottish Rite Masonic Center in Milwaukee, WI. Lee Sherman Dreyfus former Governor of Wisconsin explains the role Freemasons played in the creation of our country. Today we still teach the same lessons and values that guided our founders.

To Become a Freemason:

Many men have wondered why they were never asked to join the Masonic fraternity, not knowing that it was up to them to ask how to become a Mason.  Unlike most other organizations, Freemasonry does not publicly solicit for membership so as to allow each man to decide of his own free will and accord whether membership appeals to him.
Most men still begin the process of becoming a Mason by simply asking—just as George Washington, Benjamin Franklin, John Hancock, Paul Revere and every Mason have done before.

Membership is open to men of every race, religion, culture, and income level. The basic requirements for membership are:
Masonry is not for everyone, however. Its only promise is to provide a lifelong opportunity for good men to improve themselves, and those around them.

What do Freemasons do?

Freemasonry is a worldwide brotherhood dedicated to improving humanity. To that end, we work on improving ourselves, helping our brothers, and doing a great deal of charitable work. Freemasonry in Indiana has a long-standing tradition of serving our communities with various acts of beneficence. Masons throughout the state continue this tradition through a network of charitable programs. In continuing this tradition, we, as Freemasons, not only serve our communities by setting a good example as citizens, but also improve the lives of future generations.

Why become a Freemason?

Because you'll learn to be a better man, a better husband, father, brother, worker, and friend. You'll meet men of a variety of ages, religions, ethnic and cultural backgrounds you might otherwise have never met.
Over the last four centuries, Freemasonry has flourished during times of great enlightenment and change. It is no coincidence that Freemasonry rose to prominence during the Age of Enlightenment in both Europe and America - where a new generation believed it could develop methods to foster personal improvement, bring order to society, and understand the whole universe. This sentiment is perhaps even stronger today than it was in the 18th century.
Today, men seek out Masonry for the same reasons - to better themselves and improve society in the company of like-minded Brothers. Like the building of any great structure, the powerful metaphors and symbols of Masonry are used to build character - one principle at a time.
Freemasonry has had a long and fascinating history, but at its core are men devoted to the ideals of learning, self-improvement, brotherly love and relief to those who most need it.

Why Martinsville Lodge No. 74?

Men usually seek out a Lodge near their home or workplace or ask a Mason they know to recommend a Lodge to them. We believe that Martinsville No. 74 is very special and members come from all the area to belong here.  We socialize with each other. We initiate new members. We study and learn together. And we have a lot of fun doing it.

How do I join?

Joining isn't difficult. Ask! Because Masons have not traditionally recruited members and do not hold public meetings, there has long been confusion about how to join the Fraternity. Should I wait to be asked? Does someone ask me, or do I need to ask them?
Today, because of widespread interest in the Fraternity - along with the breadth of both information and misinformation found on the Internet - the content on this site was assembled to help men understand the membership process.If you are interested in membership and you meet our requirements, come join us for dinner. Bring all your questions, we love Freemasonry and we love to talk about it! We meet on the second Monday of each month and if you're coming for a visit please send our Secretary a message so that we know you're coming!