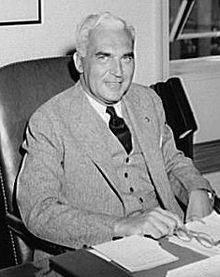 Paul was as member of Martinsville Lodge No. 74. He was an American diplomat and

politician who served as the

high commissioner to the

Philippines, administrator of the

Federal Security Agency, chairman of the

ambassador to the Philippines. 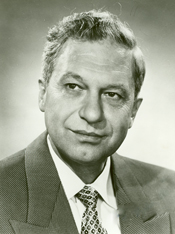 was a member of the

United States House of Representatives from

Indiana. Bray was an

Indiana Freemason, and in 1993, William G. Bray Commandery No. 65 of the Masonic-related

Knights Templar of Indiana was chartered in Mooresville in his honor and memory. 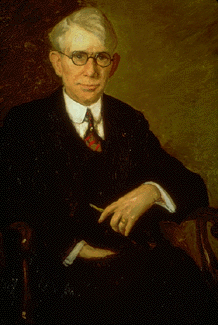 Warren T. McCray after he resigned from office after being convicted for

mail fraud. His brief term focused on continuing the reforms and projects of his predecessor.

A History of Martinsville and Her Masonic Lodge

The 17 men who joined together to form Martinsville Lodge No. 74, F. & A. M. on June 1, 1849, undoubtedly would look in amazement at their community and the world around it today.

Their chests would swell with pride at the success and growth of the organization they founded -- and the contributions of the men who followed them.

The story of the Martinsville Masonic Lodge is a story of steadfast practice of the principles and precepts of Masonry which date back to ancient times -- the belief in brotherhood, honesty, knowledge and caring.

It is a story of a Lodge that produced many men who played very important roles and contributed greatly to enhance the lives of the the city of Martinsville, the State of Indiana and the United States of America. Among them were Emmett F. Branch, who served as Indiana's 31st Governor; and Paul v. McNutt, who was the State's 34th Governor, a Presidential contender in 1936 and later, High Commissioner of the Philippines.

Another who played an important role in the life of Martinsville Lodge was Congressman William Bray, who attended many lodge meetings here, although he was a member of the Mooresville Lodge. During his long tenure as 7th District Congressman, Bray held many important posts, including ranking member of the House Armed Services Committee. In that position, he was instrumental in the modernization and strengthening of our armed forces.  Today, his son, former State Senator Richard Bray, and his grandson, current State Senator Rodrick Bray, carry on his Masonic tradition as members of this lodge.

Still other members have served as Mayors of Martinsville, or as leaders in a wide variety of state and local governmental, business and community activities.  More than 100 others have become members of other Masonic orders; the Scottish Rite, York Rite, and the Shrine.

In short, the story of Martinsville Lodge No. 74, F. & A. M. and its associated organizations, including DeMolay for young men, is one of loving stewardship of the Masonic values and traditions that continue to play an important role in the lives of our nation, our state, our community and our families.

James Perhham was the First Worshipful Master of the Lodge when it chartered on June 1, 1849. That original charter still hangs on the wall at the lodge, a constant reminder of the great tradition of Masonry.

On June 4, 1849, the Lodge held its first election of officers and they were installed on June 27. The lodge met in the old Pikes and Hite Hall which was located on the Southeast corner of Morgan and Jefferson, now the site of First National Bank. In 1872, the Lodge moved its quarters to the third floor of another building on the Square.

Then in 1900, a prosperous businessman gave the Lodge permission to build a third floor on a building he owned on the square and granted it a 99-year lease on the property. Finally in 1950, the Lodge took action to start construction of its present building at 1189 E. Washington St. The present building, completed in 1954, is a monument to the financial sacrifice and physical labor of the members of the Lodge and its associated organizations who helped build it on a pay-as-you-go basis.

Today, the members of Martinsville Lodge No. 74, F. & A.M. savor the 169 year tradition of our organization. It has become a vibriant, living force for good in the lives of its members, their families and the community of Martinsville.